This is our second post in a series, reaching out to Realtors who specialize in mid-century properties. We'll be asking questions of Realtors across the United States to see what's the same or different in various part of the country. Today we're highlighting the Chicagoland area with Kate Sanderson of Always Home Realty.

I am Kate Sanderson, born and raised in the Chicagoland Area. I have been a realtor for just under a year, previously with @properties, now at a smaller, boutique agency called Always Home Reality.

Well, the entire one year of my career I have been focused on mid-century properties because I have always loved them. I have always had respect for old designs and innovations, so getting my real estate license has allowed me to find, curate and attempt to save these homes.

We are in one of the last generations capable of saving these homes. If we don't respect and see the beauty of these homes before they get rehabbed, we'll never get the chance again to appreciate their beauty. Finding the right home for the right person that will appreciate, polish and save these homes is my ultimate goal.

I help clients with all sort of properties. Not only mid-century but everything you may be looking for in the Chicagoland area.

No Commercial yet, but I do have my eye on a few in the area that I would love to get into.

Every morning I look at properties, and I tend to narrow my search between 1950-1979 for all the good stuff. 😉 Honestly, I very much love the mod-70's lush style as well, so why limit myself?

In Chicago city proper, there are not too many mid-century homes. We have a lot of bungalows and raised ranches in the city which I also love. But the sprawling MCM ranches and homes are mostly in the burbs, where we do have many, many beautiful ones.

I think the appreciation is growing which is great! Like I said before, if we don't have people to appreciate these homes before they are destroyed or flipped, we'll never get them back.

We have a lot of bungalows and raised ranches in and the near city neighborhoods because of the population boom in the 50's. A lot of the wealth moved out of the city in the 50's, so they built much of the suburbs at that time, which created a lot of beautiful homes.

ALL over the place, honestly. Chicago is very different from neighborhood to neighborhood, as well and suburb to suburb.  As with anywhere, location and the condition of the home will make all the difference in price.

I find that most people interested in the mid-century homes are in their mid-to-late 30's buying a forever home.

Again, it ranges. Some like original kitchens and baths and some like the rustic timbered ceilings look. Not one mid-century detail is asked for over another.

I am not sure. It depends on the home. If the property was in terrible condition, I might be understanding, but I would try to salvage anything of value. I do think it would be extremely hard for me to work with someone I knew was looking to destroy. Also, as a listing agent, I can't make that decision. Unfortunately, it is the seller's decision who's offer is accepted. But, I have been known to call agents of homes to make sure the buyer is not tearing it down, to save the inside details.

Eh....It's hard for me to see. I have to stop myself from looking at the previous listing before it was "flipped." It makes me sad!

I cried in a home because I loved it so much. I was literally walking around it crying. I came home and almost put my house on the market over it. I did chase that one to make sure it was purchased by someone who loved it as-is. I may have annoyed the listing agent, but she confirmed it was in good hands. 🙂

Since I was a kid, I have collected mid-century furniture, clothing and anything I could find. My Ma has always said I was an old soul. I'm not sure what it was about that era, but I just relate to it more than anything new.

I don't, but I have added mid-century to it. I bought my home 14 years ago, and I am only the 3rd owner of it, built in 1895.  About ten years ago I bought a set of Geneva Cabinets, and my boyfriend painted them. All of my furniture is original mid-century, so I did my best! Someday I will own an MCM ranch, but until then, I'll decorate like I have one.  We also have an Airbnb on the 2nd floor that is Mid-Century.

Kate provided some amazing images of her mid-century-ized 1895 home.  All of the small details are amazing! 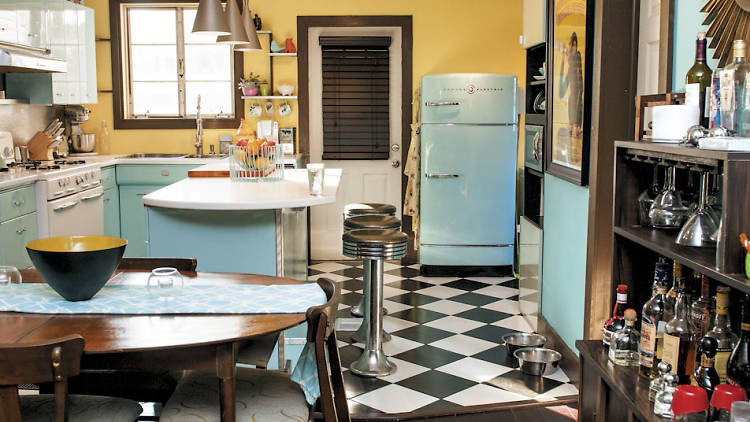 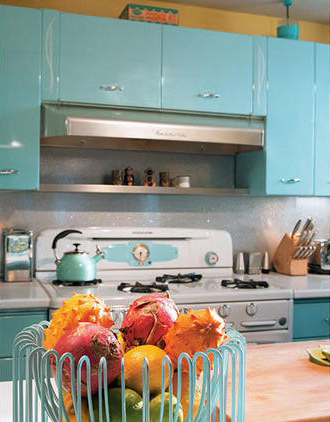 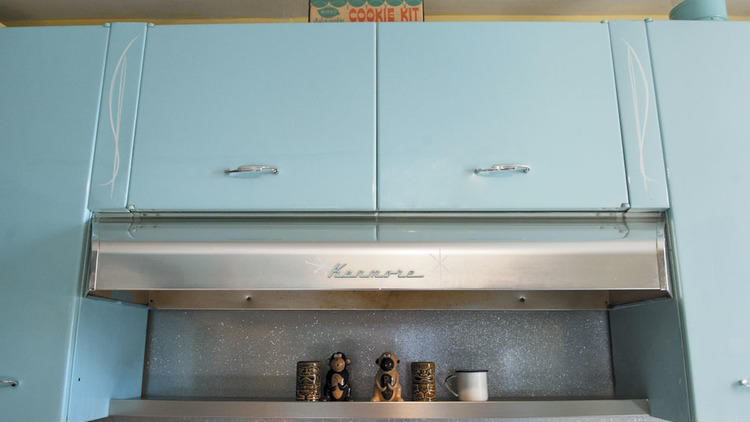 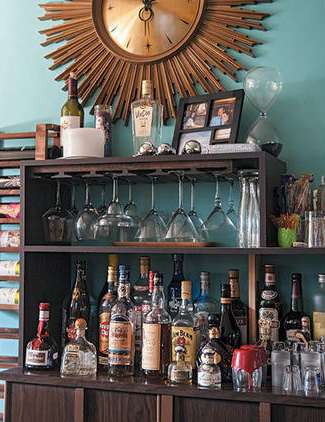 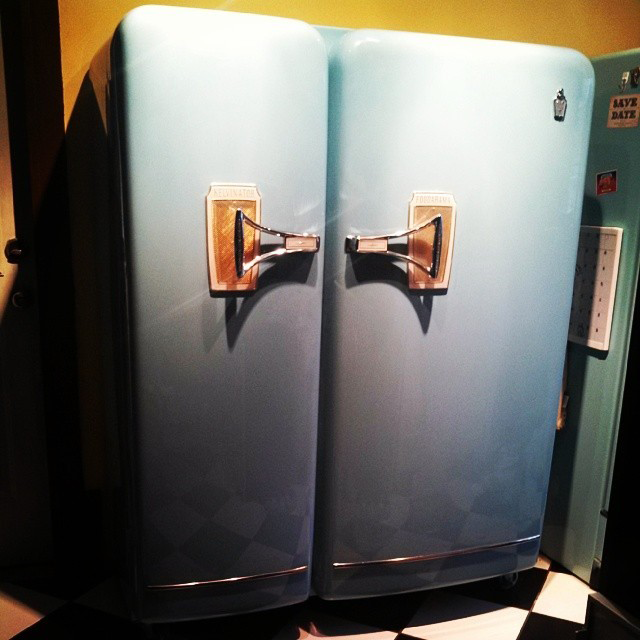 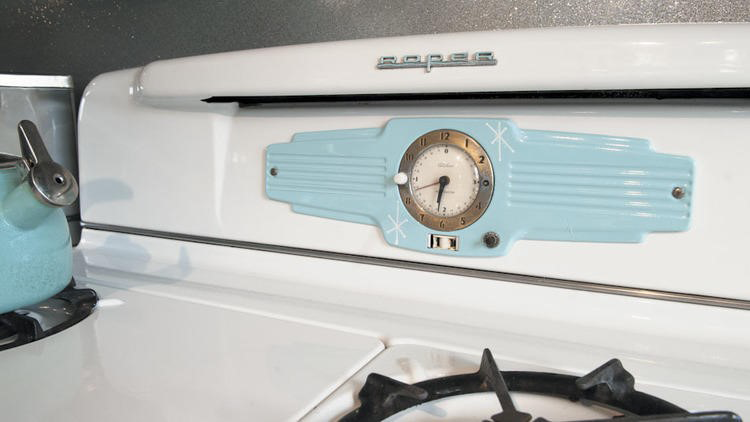 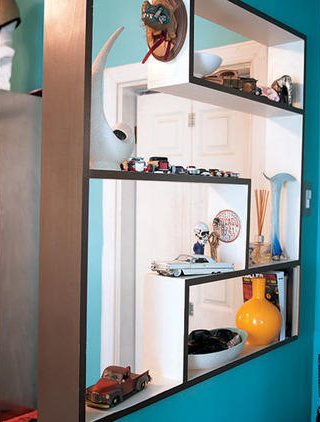 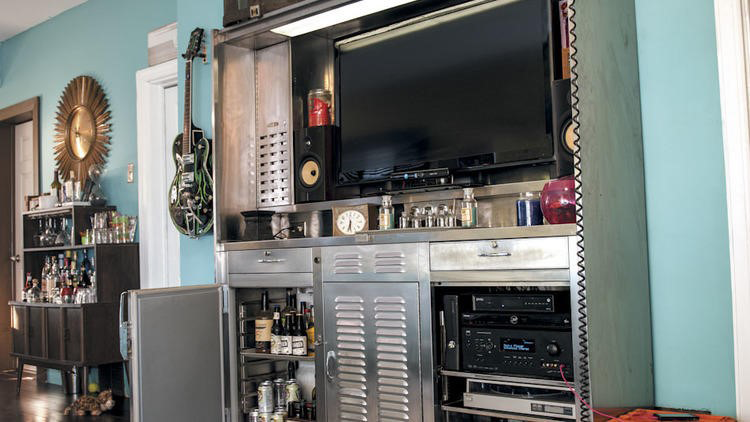 Many thanks to Kate Sanderson of Always Home Realty for the interview.  Interested in working with Kate?  You can find her here or on Instagram (midcentury_chicago_realtor).

For those of you planning a visit to the Windy City, Kate also has a lovely retro Airbnb that you can find here. 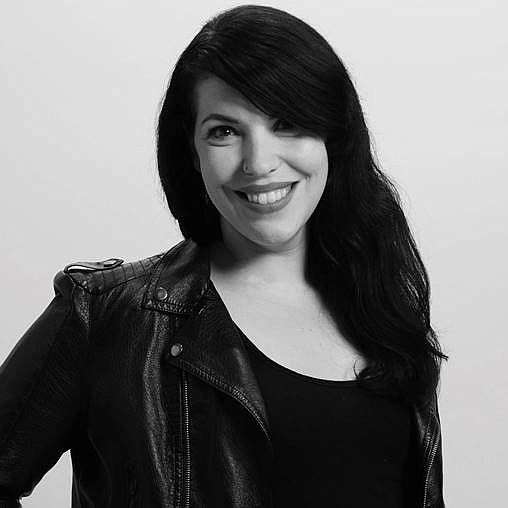